6-Year-Old at Yonkers: “Went Down and Died”

Having been at this for four years, I now regularly receive eyewitness accounts of track deaths. Most are simply sharing the horror of what they had seen, usually accompanied by a vow never to return. But others pass along information with no apparent motivation. An email on August 3: “multiple deaths in Yonkers 7th last night.” Nothing more. (The U.S. Trotting Association chart did indeed show several horses not finishing that race, but I’ve yet to see a single death disclosed on the harness charts; this was no exception.) So, this being NY, I awaited confirmation on the Commission database. Finally, nine days after the fact, the following was posted:

Not multiple deaths, at least as far as we know (horses euthanized back at private farms die in anonymity), but one more name for this singularly ignominious list.

Postscript: I received a followup email just this morning. The source saw three horses stay down; hence the assumption of multiple deaths. And, he added, “there was blood on the track.” Surely, the dying Jesse’s Story’s. How profoundly sad. 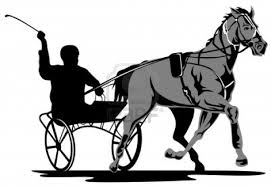